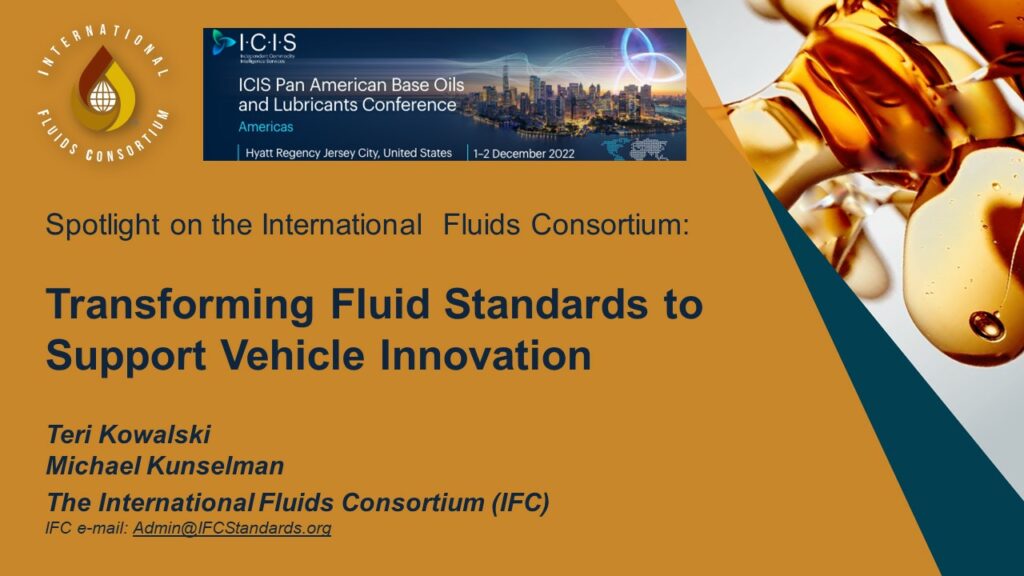 On December 1, the International Fluids Consortium (IFC) will be highlighted at the ICIS Pan American Base Oils & Lubricants conference. Hear how the IFC is transforming fluid standards to support future vehicle innovations from Teri Kowalski, Principal Engineer at Toyota Motor North America, and Mike Kunselman, representing the IFC as program administrator, the Center for Quality […]

Abstract: Mike Kunselman, business development manager of Michigan, U.S.A.-based Center for Quality Assurance (CQA) and administrator of the IFC certification program, discusses how the IFC is transforming how global vehicle fluid specifications are being defined today to meet society’s carbon neutrality goals by 2035 and 2050 and more. Listen to hear more

The critical importance of automotive fluids is often overlooked and undervalued. This can result in a disconnect between what we need and is possible, with what is available, says Teri Kowalski, principal engineer, powertrain division, Toyota Motor North America. Vehicle designs and technologies are evolving at a faster pace than ever before, and consumers and […]

A new automaker organization is proposing a global framework to develop industry performance specifications for lubricants and other fluids used in on-road vehicles, stating a desire to speed and streamline the work of current regional approaches. The International Fluids Consortium aims to replace or consolidate frameworks currently run through pillar organizations such as ACEA, ILSAC, […] 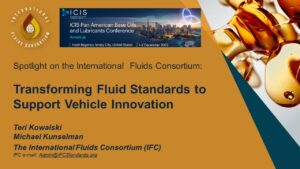